Cystic Fibrosis: What It Is and How We Treat It 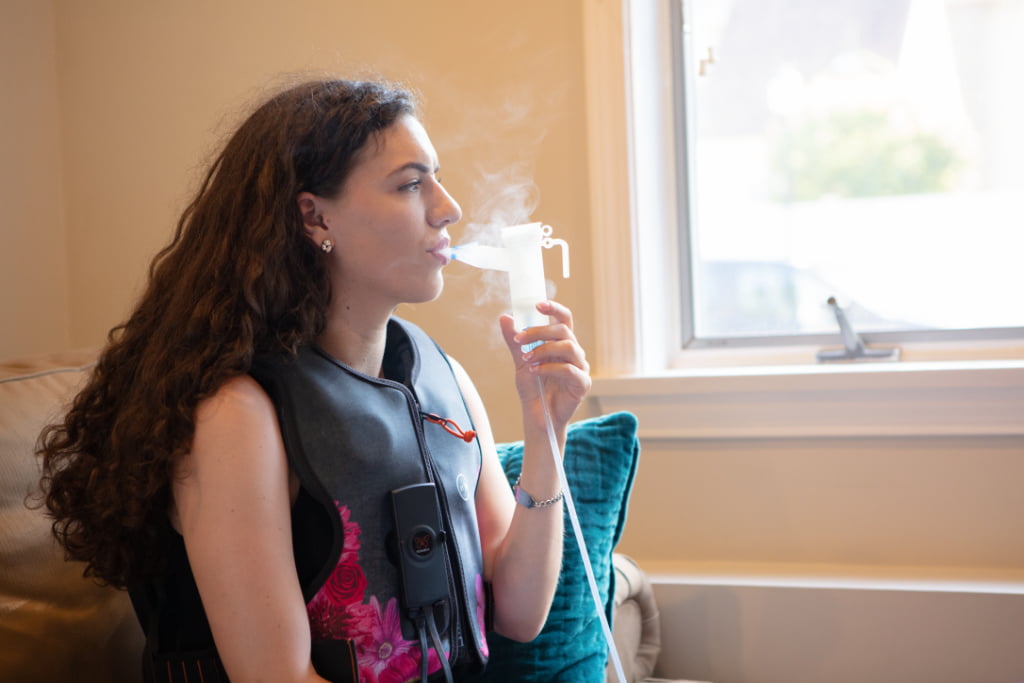 Cystic Fibrosis (CF) is a multisystem disease that affects the lungs, digestive system, sweat glands and the reproductive tract.1 These patients have an atypical pathway of sodium and chloride across secretory epithelia which causes viscous secretions in the lungs and the digestive tract. Pulmonary disease remains the leading cause of morbidity and mortality in CF patients.2 While this article will focus mainly on the pulmonary treatments of the CF patient it is important to recognize that this is a multisystem disease that requires a specific multidisciplinary focused approach to care. There are over 120 CF centers in the United States where patients are seen on a regular basis by clinicians, dieticians, respiratory therapists, nurses, physical therapists and social workers specifically trained in CF care. These centers improve outcomes.3

Every state in the U.S. screens newborns for CF with a blood test that detects a higher than normal level of immunoreactive trypsinogen (IRT). A follow up test used confirm CF is a sweat test, which is considered the gold standard, done at least two weeks after birth. A sweat chloride concentration of greater than 60 mmol/L is indicative of CF. Genetic testing is another diagnostic tool to confirm or rule out CF. This testing and identification of the CF gene is essential in recognition and instituting early, high quality care.

When caring for the CF patient, it is extremely important to obtain an extensive history and physical that includes the current medical regimen. Symptoms related to CF vary greatly depending on the severity of the disease. The thick mucus present in the lungs of a CF patient present many challenges to clinicians. Typically, the cystic fibrosis patient will have age appropriate tests that include but are not limited to: chest x-ray (CXR), CT scan, pulmonary function test (PFT), arterial blood gas (ABG).

CXR and high-resolution computed tomography (HRCT) are useful in detecting not only infection but also bronchiectasis, defined as irreversible abnormal dilation of the bronchial tree, which typically presents in the later stages of the disease due to chronic inflammation and repeated infections.

Pulmonary function testing describes a battery of tests done while the patient breathes forcefully into a tube connected to highly sophisticated equipment that accurately measures lung capacity, forced expiratory flow, vital capacity and residual volume. These determine if the patient has normal lung function, restrictive lung function, obstructive lung function, or a combination of both. The most important result in CF is the forced expiratory volume in the first one second (FEV1) of exhalation.

It is used as a trending tool to determine severity of obstruction and efficacy of the treatment regime. Results are compared to what is considered normal, based on age, size and sex. A typical presentation is new or increased cough, new or increased sputum production with chest congestion, decreased exercise tolerance, increased fatigue, decreased appetite, dyspnea at rest, change in sputum appearance, fever, and nasal drainage. A significant number of CF patients report symptoms attributable to either nasal obstruction or chronic sinusitis.4

Treatment for this patient population varies according to the severity of the disease. Some patients may have two to three CF exacerbations a year, requiring hospital stays of up to two weeks. Ohers rarely experience any hospital admissions. The first line of treatment usually involves airway clearance techniques. Typically, the patient receives a bronchodilator such as albuterol, followed by a nebulized treatment of dornase alfa (DNase) which liquefies the mucus of the CF patient, administered once or twice a day. Hypertonic saline in a 3% or 7% concentration is also nebulized to clear secretions. The mechanism of action of these two medications are different but their benefits may well be synergistic. Additionally, inhaled mannitol can be considered if DNase and hypertonic saline fail to loosen secretions.

Chest physiotherapy (CPT) is designed to physically loosen the secretions, which helps the patient cough the mucus up. This can be done by hand, with hand held percussers, or using a vest which wraps around the patient and is driven by a compressor that pulsates at different pressures and frequencies. There are also oscillating nebulizer devices on the market, all designed to loosen the secretions. Inhaled antibiotics are used both prophylactically and when there is an infection. The CF population is prone to a variety of bacterial infections like pseudomonas aeruginosa and staphylococcus aureus. Patients may require intravenous antibiotics and/or systemic glucocorticosteroids during an acute exacerbation.5

Respiratory support is essential during a CF exacerbation. Respiratory failure as the result of progressive airway obstruction and destruction is the cause of death in 94% of CF patients. Typically, nasal cannula oxygenation support (delivering an FiO2 of up to 0.35 to 0.40) is adequate. If more oxygen is needed in the hospital setting, a heated and humidified high flow nasal cannula can deliver an FiO2 up to 1.0 with flows of up to 60 liters per minute. These high flows help lower airway resistance and can help decrease work of breathing.

The heat and humidification may also aid in loosening secretions. There are currently high-flow nasal cannula devices that can be used for transport, but the huge oxygen supply requirements and cost of the equipment can make transporting patients on high flow nasal cannula quite challenging.

When developing a treatment plan, it is important to thoroughly assess respiratory status. The author has found that asking the patient what has worked for them in the past as a tool for choosing immediate support is a good place to start. If the patient is a child, his or her parents can be a tremendous resource for your initial strategy. A non-rebreather mask (NRB) would suffice if the patient needs more than 0.35 to 0.45 FiO2 available from a nasal cannula.

Keep in mind that oxygen is a dry gas; delivering oxygen via a NRB mask for a long period of time may result in mucus plugging. Another option to consider is continuous positive airway pressure (CPAP) or BiPap via a nasal mask or full face mask. The same question should be asked when formulating a plan for a CF patient as is considered with any other patient with respiratory distress: Does the patient need oxygenation, ventilation, or both?

Some typical complications seen in CF patients are spontaneous pneumothorax and hemoptysis. Treatment for pneumothorax in CF patients does not differ from that of patients with other types of lung disease. In the event of massive hemoptysis, defined as > 240 mL within a 24-hour period or recurrent daily bleeding of > 100 mL for several days. Any anti-inflammatory drugs, as well as CPT, should be discontinued.

Some cases may require bronchial artery embolization to stop the bleeding and this should be considered immediately.6,7 Care of the CF patient requires multiple considerations. It is important to know if the patient is in an advanced stage of their lung disease and if they are on a waiting list for a lung transplant. Many transplant centers will not accept an intubated patient, although non-invasive ventilation and venovenous extracorporeal membrane oxygenation (VVECMO) can be used to bridge a patient to transplantation.8

It is important to note that this article provides only a brief overview of treatment for a very complicated disease process. Advancements in treatment for CF patients have grown tremendously over the past few decades, and continued research and new clinical trials have given rise to better medications and therapies. These are extending both the quantity and quality of life for the CF population. As with any patient that we are caring for, an in depth history and physical is important to develop an effective strategy and plan for their care. Understanding the disease process will help you provide initial care and assessment. 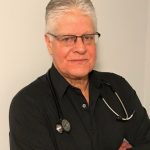 Michael Schauf, RRT-NPS, has been a registered respiratory therapist at Albany Medical Center Hospital in New York since 1994. He covers all in-patient units, ICUs, the adult and pediatric Emergency Departments and is a member of the neonatal/pediatric transport team at this Level I Trauma and Level 3 NICU Center. Michael is the founder of Vent-Pro Training, teaching medics and nurses around the world how to manage mechanically ventilated patients during ground, rotor, and fixed-wing transports. He has been a flight respiratory therapist since 1998, currently working for AirMed and as a clinical education specialist for AMR. Michael authored the respiratory chapter of, “Critical Care Transport, 2nd edition,” published by Jones & Bartlett and is an adjunct instructor in the Respiratory Care Program at Hudson Valley Community College.

Michael.
Great article on care of the CF patient.
Easy for providers who don’t work with that population to stress out about their pulmonary care.
Chuck Wilson RRT, CPFT